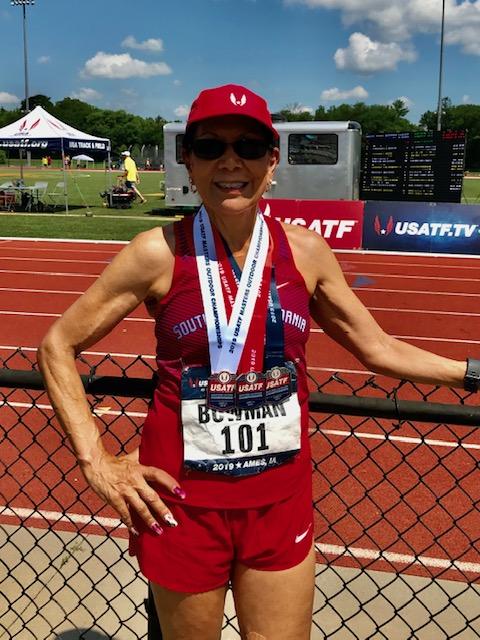 Jeanne Bowman I am a Southern California native and have lived here all my life. In 2002 I decided I wanted to try running. I was more of a gym rat, at the time. I asked Rick Muth and Al Siddons for some advice, since they were middle distance friends of mine. I started out by jumping into a 5K. The only time I enjoyed the race was when I saw the finish line. Al was the track coach at Santa Ana Junior College and had the John Ward Meet every year. He suggested I try that and so I did with Rick. We ran the 1500. The experience was similar to the 5K—too long! I then watched the sprinters line up for the 100’s. That’s when I thought, now this is more like it!

I joined the Striders in 2003 shortly after Brenda Matthews became President. She was someone I met early on. I believe it was the next year that I also joined the Board. I am presently still on the Board. I run the 100, 200, & 400 and have enjoyed numerous track meets through all these years both locally and nationally. I have helped organize accommodations, team dinners, and the annual banquet. I have had so much fun being on the Southern California Striders track team going on 19 years. In the process, I have also developed a few life- time friends. 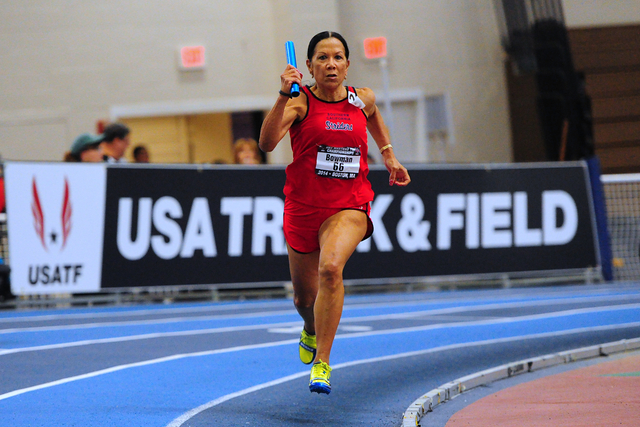 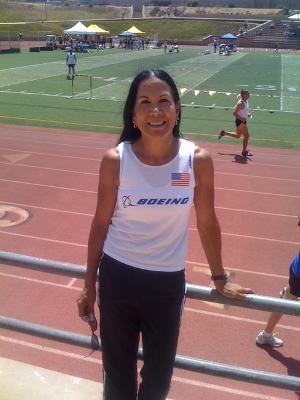