Suzette Lee I was born on St Croix, United States Virgin Islands. I left in 1982 for Union College in where I obtained a BSW degree (Bachelor in Social Work). I moved to Southern California in August of 1987 with the intent on pursing a Masters degree in marriage and family therapy. Upon my arrival, plans changed and I went back to my first love, numbers. Therefore launching my career in Accounting January 1988 to present.

I consider myself a late bloomer in sports. I started playing softball at 23 playing several nights a week and literally all day on Sunday. Currently I play 3+ games a week with limited tournaments. I started track at 52 and over the next two years added field events.

I accidentally stumbled on The Pasadena Senior Games website in 2016. I spoke with my bootcamp instructor about an interest in wanting to run a race. Every day for about three to four months he encouraged and pushed me to sign up. I finally stepped out of my comfort zone by signing up two weeks before the deadline.

On June 4th one day after my 52nd birthday I stepped on the track to compete in the 50m. I was a bundle of nerves and instantly felt out of my league as I watched everyone warm up. I had a slight groin pull which only served to add more stress and anxiety. I had a late start but accelerated through the race and came in second! I was totally surprised and on such a high. When I got home I started looking for an another senior game to compete in the 100m. Two months later hubby and I drove to Sheridan, Wyoming. I competed in 100m and came in 1st. Say what?!! I was blown away by how well I did considering I had no training, no experience, and felt like I was going to die before crossing the finish line.

In 2017 I went to Senior Nationals in Birmingham, Alabama for the 50m and 100m. I knew going in the majority of my competitors had better times than me. My goal was to come in within the top eight. Holy cow I did in the 50m along with hitting a personal record. I miss going to the finals in the 100 by 100th of a second. To say I was shocked by my accomplishments will be an understatement considering I had zero training. This was truly the launch for my love for sprinting. Later in the year I decided I wanted throw the javelin and discus not having any idea what I was getting myself into. I figured I played a lot of softball why not. Hahaha joke was on me . . . I got a quick shock. It was nothing close to throwing a softball.

In 2018, clueless to what’s really involved, I added shot put, hammer, weight, and super weight. As if that wasn’t enough learning the throws, I also added weight lifting (bench press and deadlifts) into my competition schedule

After my success in 2016, I considered joining master’s track and field association but felt intimidated by pictures/images posted on the USATF website. I felt I wouldn’t fit in and/or succeed so I sat on it for over a year. Finally in 2018, I once again stepped out of my comfort zone and joined masters track and field. In 2017 Brenda Matthews planted the seeds of me joining The Striders but Linda Cohn kept watering the seeds and I finally became a member in 2018. In the interim I did mud runs (walks) and completed in senior games.

In summation my first love is softball, I’m a softball addict. It’s my mental health and keeps me grounded by playing 3+ games a week. I enjoy competing in senior games as well as master track and field. My events are 50m, 60m, 100m, javelin, discus, shot put, hammer, weight, and super weight. My strength events are deadlifts, bench press, sit-ups, and push-ups. I don’t have any world records but I have earned many gold and silver medals along with hitting personal records in both sprinting and throws. 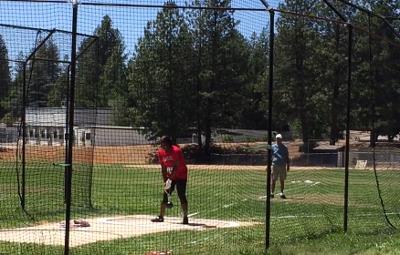 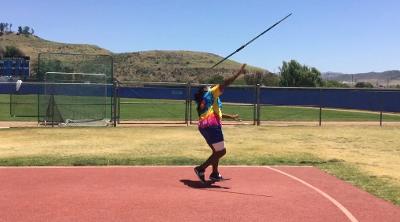 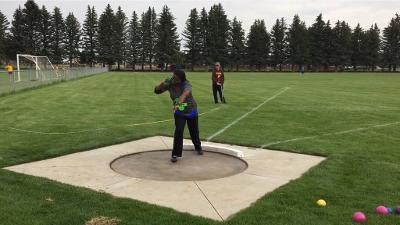 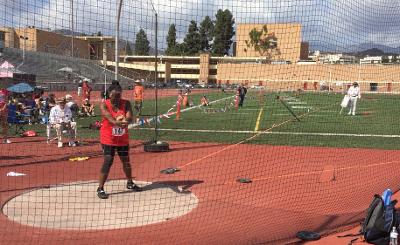