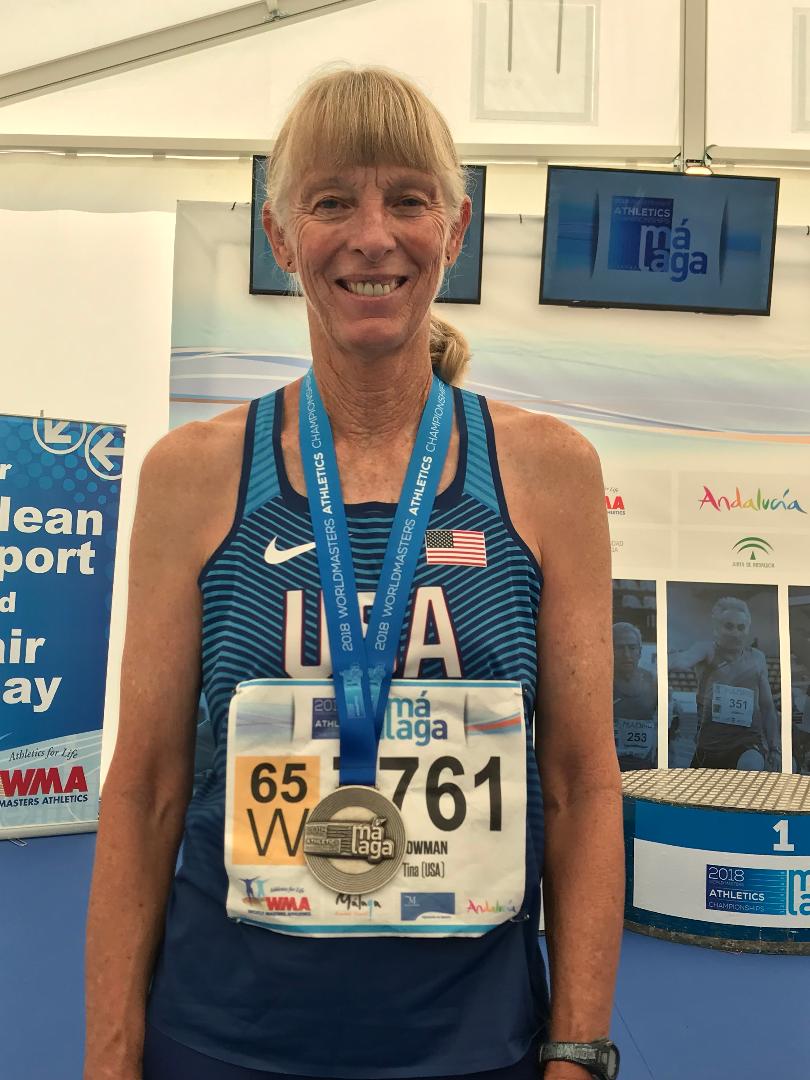 Tina Bowman When I was thirteen, I entered a turkey trot (3/4 of a mile, I think) for kids and was quite surprised to see girls in uniforms, members of the Long Beach Comets girls’ and women’s track and field team. Though I had enjoyed watching the track events in the Olympics on TV, I had no idea that there were track teams for girls (this was years before Title IX). Because I beat some of those girls, the coach, Ron Allice, recruited me, and I became a Comet at the very beginning of 1967.

I’ve been running track since then aside from a few years when I was in college, primarily the 800m. Despite never being a star, I loved track. One year I ran fast enough to qualify for the nationals in the fourteen-seventeen age group. The comets eventually became a team for school-age girls, and I eventually joined Nike Coast, which went through a series of names but began as a team that initially split off from the Comets in the 1960s, coached by Dave Rodda. It became Lakewood International, Coast Athletics, Nike Coast, and probably more iterations. Eventually the team was folded into Beach Track Club, a club for post-collegiate athletes from Long Beach State, elite athletes, and masters athletes.

When I began competing in masters track and field, I was overjoyed to be truly competitive again and started thinking of learning more events instead of running in ovals all the time. I eventually competed in the pentathlon and heptathlon when I was forty. I loved the comradery of the multis and masters competition in general. Unfortunately, one hamstring didn’t like the sprint hurdles, so I gave up the multis in my fifties. I stuck with long hurdles (not an issue for the hammy for some reason) and the javelin. I may go back to more field events again––they’re so much fun!

Beach TC eventually died out, despite my attempts to revive it. I missed being part of a team and eventually joined the Striders. I am so glad I did! I already had friends on the team. I’ve made such wonderful friends through track and look forward to making more. It’s fantastic being part of the Striders family!