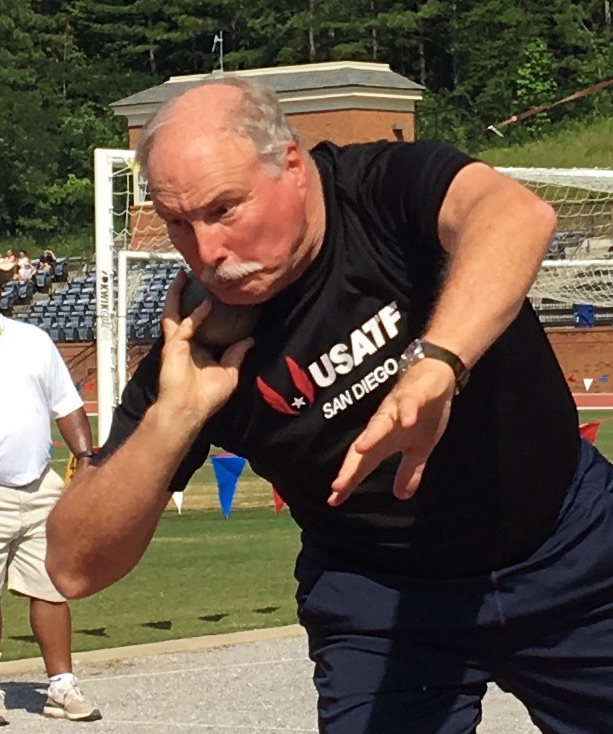 Jack White To say that I have been throwing the shot put since 1959 is a bit misleading, but that is when I first learned to throw while at Canoga Park High School. Olympian Parry O’Brien (an early member of the Striders) was my hero, and I tried very hard to emulate his then avant garde technique, known today as the O’Brien Glide or just “glide.” An aging letterman’s sweater attests to some success in shot putting before I graduated high school in 1960.

But after that, my 12 lb. shotput became more of a door stop for many years – years that were interspersed by service with the U.S. Navy in Vietnam’s Mekong Delta, a GI Bill-funded college education in geography at CSUN, and an interesting and challenging 35-year career as an environmental consultant.

It wasn’t until June 2016, several years after my retirement in 2008, that I was introduced to the wonderful world of senior athletics by now-good-friend and accomplished sprinter, Pat Kelly in San Diego. I remember being amazed at how the mental image of the O’Brien Glide was still so firmly fixed in my mind after over 55 years, but it was. I just needed practice, strength training, coaching, and competition to regain what became a reacquired skill. It worked, and one year later I had qualified for the 2017 National Senior Games championship in Birmingham, Alabama. To date, that was the biggest thrill of my newly found avocation as a senior athlete, as I won the gold medal on my very last throw in that exciting competition.

Less than two months later, I was diagnosed with leukemia and spent 90 days in the hospital under the care of incredible doctors and nurses, with arsenic-based chemotherapy extending into the summer of 2018. All the while, I thought about shot putting and the need to get back into the ring, which I did later that year.

Now, I continue to train, trying to regain my strength and balance, still with the mental image and feel of the O’Brien Glide in my mind, although I have had to modify my form as a consequence of the effects of neuropathy and other side effects of chemotherapy. But, that’s the goal that will continue to propel my body across the ring with the hope of scoring points on behalf of the Strider organization. 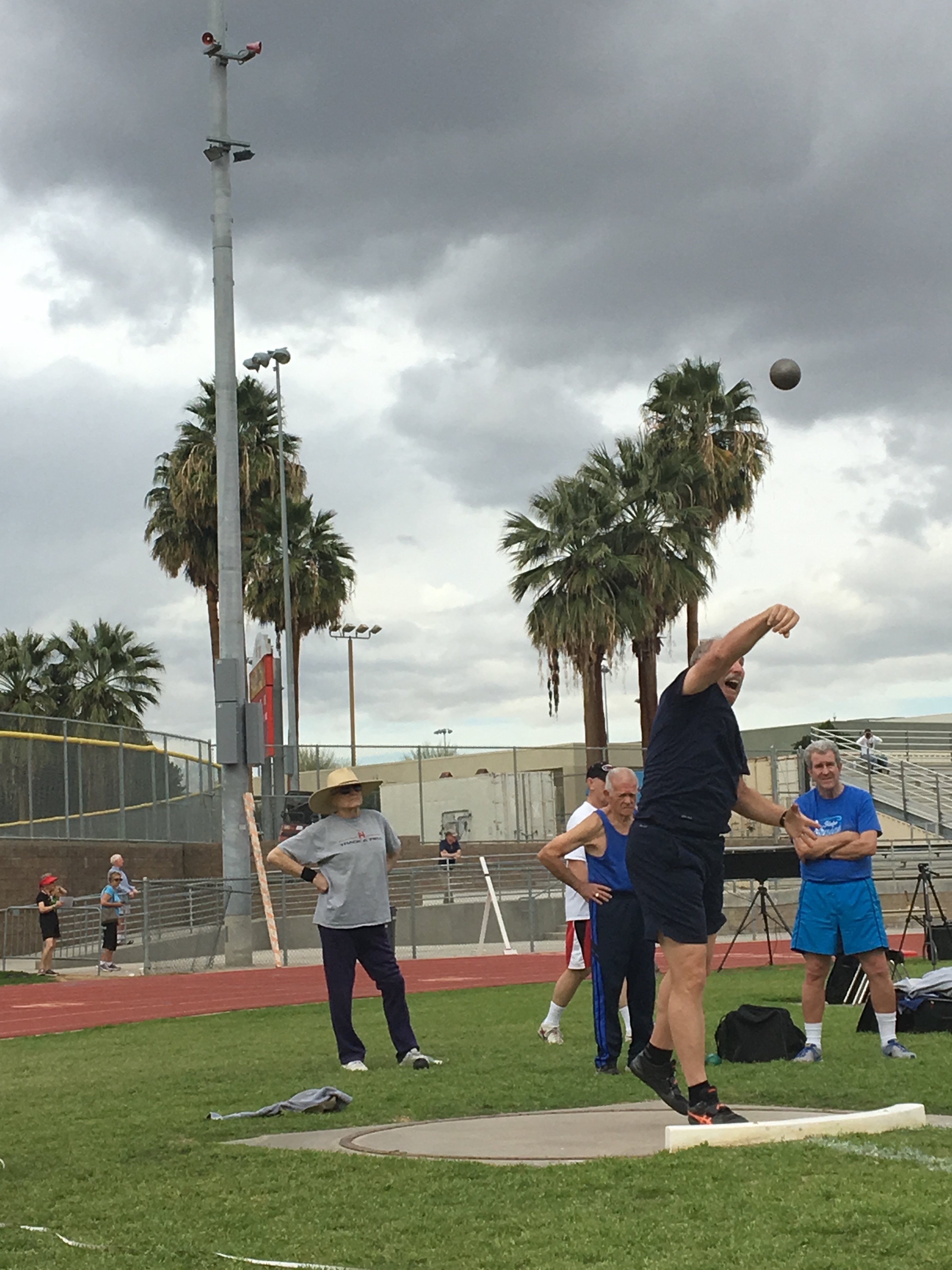 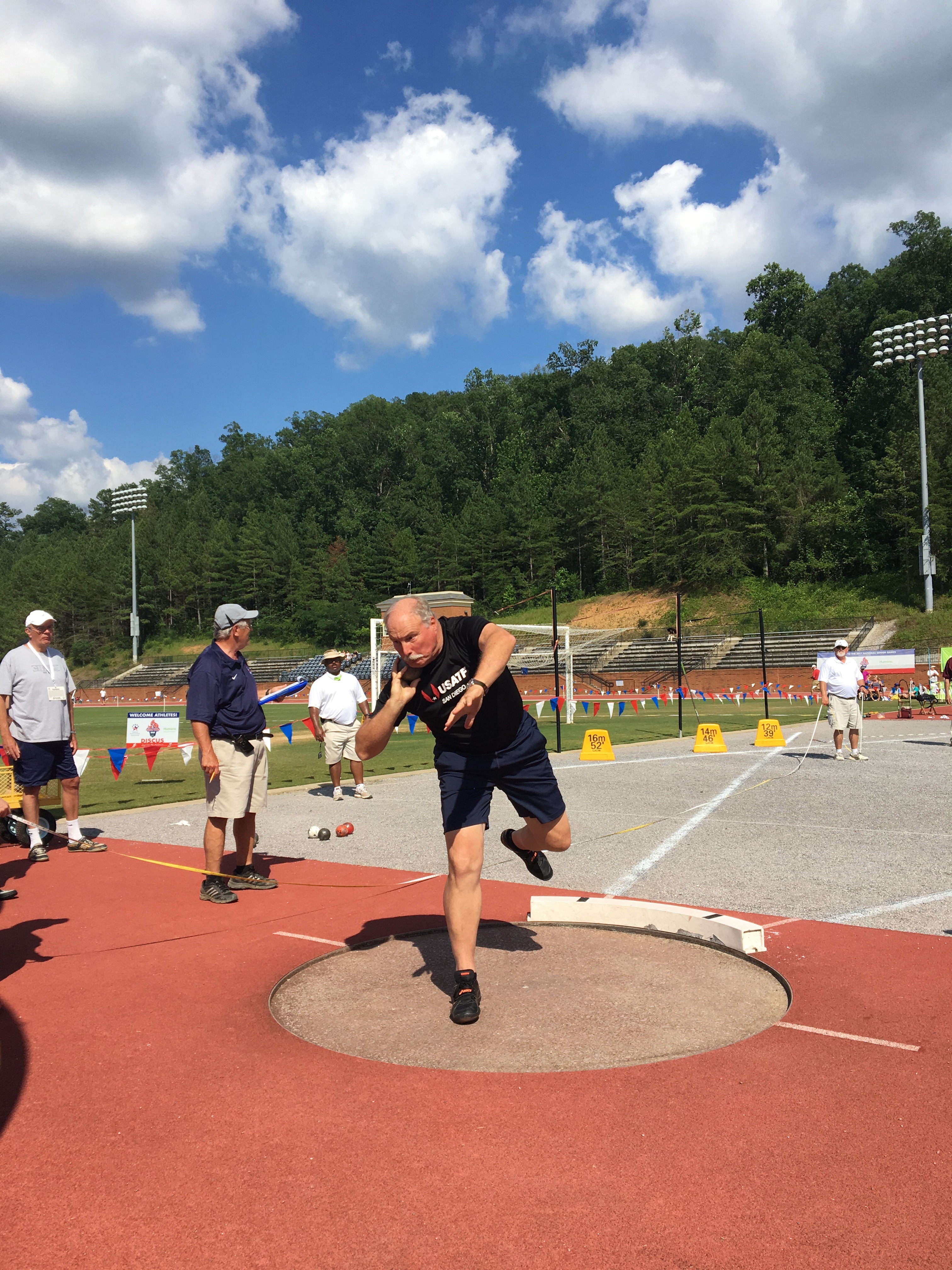