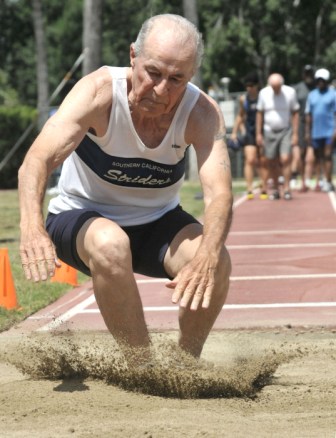 Don Leis I was born in Pasadena in 1932 and have lived in Pasadena for 89 years and I’ve been married to my sweetheart wife, Carol for 65 years. We have raised four children and have many grandchildren. One of the things I am very proud of is my son Jim, who is a 3-time Iron Man champion.

I have been competing in Senior Olympics and U.S.A. Masters track and field for over 23 years and usually compete in 6 or 7 track meets a year, including both indoor and outdoor meets.

During my high school and college career I was a two-time Pasadena golden gloves boxing champion, but my first love was track and field, in which I received many honours and awards.

In 2000 I was lucky enough to become a member of the Southern California Striders by invitation from Sgt. Major Ray Fitzhugh who is a long standing Striders member.

At 89 years old, if my health holds up, I will try my best to win Strider team points in the 50m, 100m, 200m and 400m and the high jump, long jump, triple jump, shot put and javelin in state and national meets. 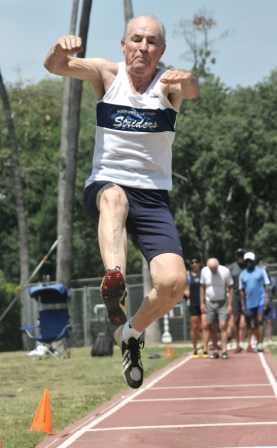 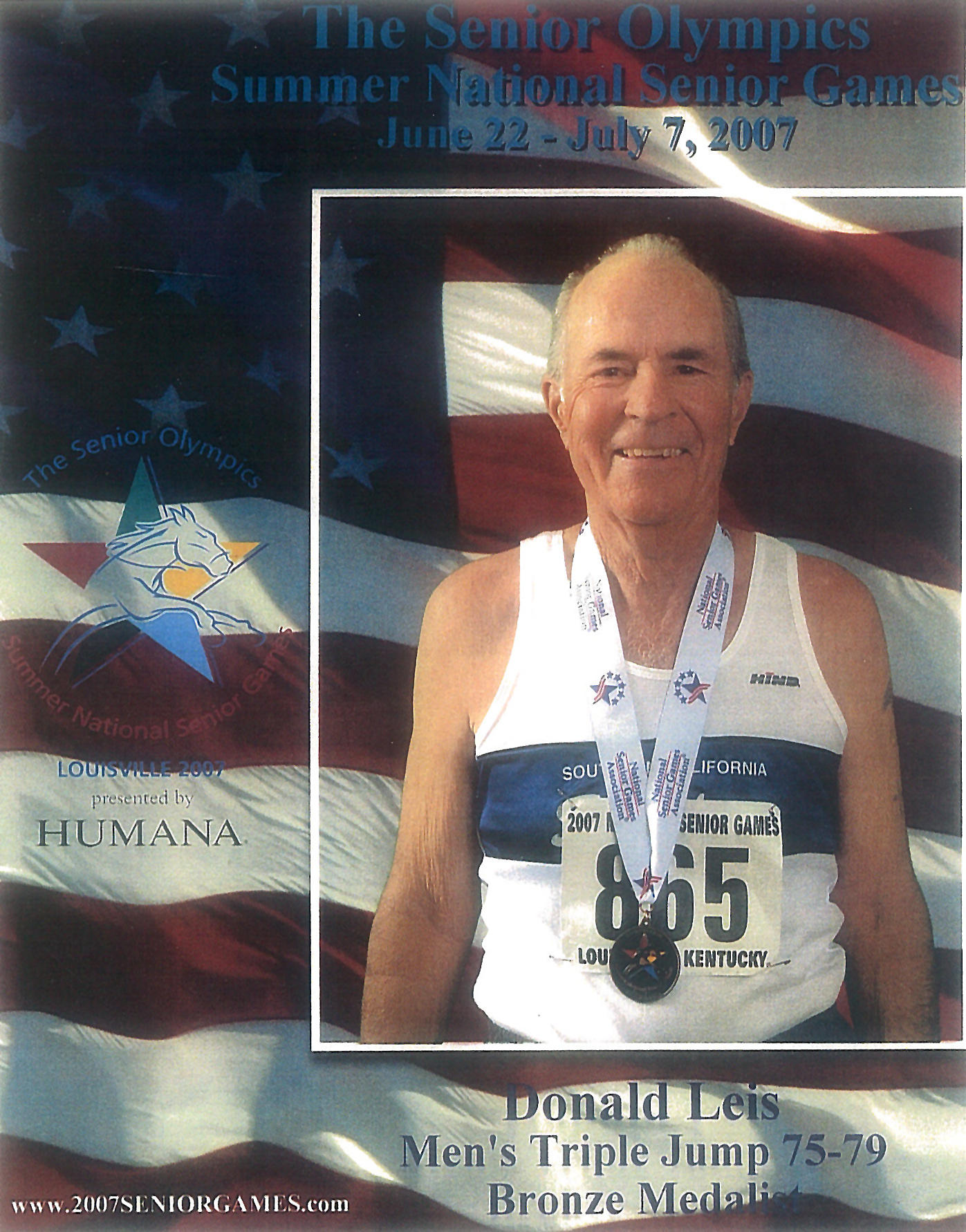 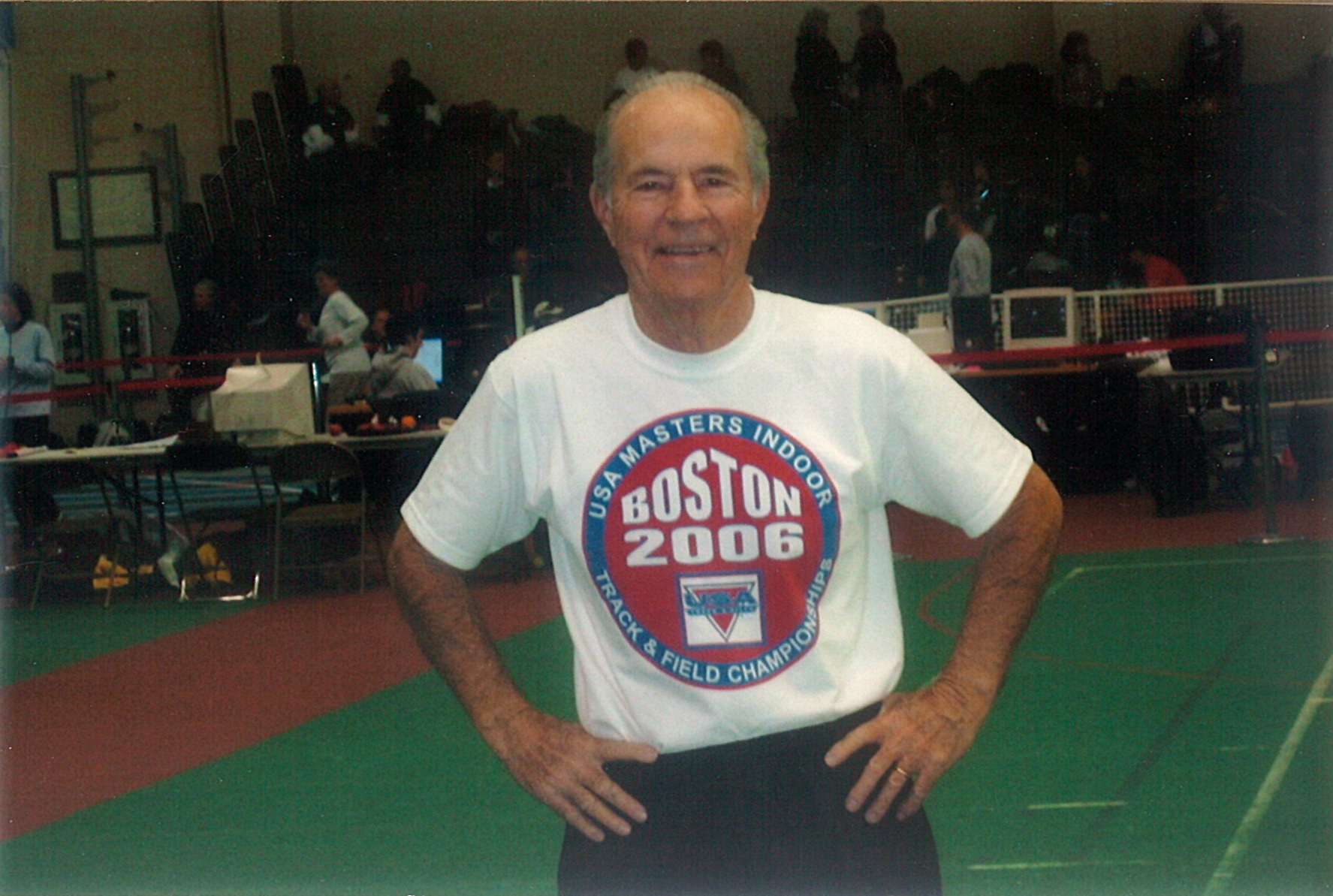