Barry Warmerdam I have been around sports, and involved in sports, for my entire life. My Dad was a famous athlete and a college track coach, and I was the youngest of four boys in our family. We all loved competing in anything and everything! Competing against older brothers developed my athletic ability at an early age, and I became quite good at basketball, won lots of ribbons and medals in elementary school track meets, and spent a lot of time swimming in the neighbor’s pool.

Basketball was my favorite sport. I played point guard at San Joaquin Memorial High School in Fresno and led my team to its first ever section championship in 1970, my senior year. That same year I was MVP of the swim team. For my efforts, I was named Memorial’s senior athlete of the year, and years later, in 2016, was inducted into the Athletic Hall of Fame for the school.

Moving on to Fresno State University, I spent my freshman year on the swim team, but became disenchanted after one season and went out for track instead. I was a four-year letterman on the track team, running the 440 and both relays, and throwing the javelin occasionally. I liked the team experience and the 4 x 110 relay particularly, but I learned to hate the 440, because it was nearly always painful.

After my college eligibility was gone, I continued to compete in track on my own for a few years, happily switching to the short sprints which I found to be much more fun than the quarter mile! My best accomplishment was winning the AAU state championship in the 100 and the 220 while I was a graduate student at the University of Colorado.

After grad school I returned to central California and established a career as a teacher and a coach. For the next couple of decades my life outside the classroom consisted mainly of church activities, raising a family, and coaching basketball. I loved coaching basketball, and continued to coach it for twenty-eight seasons, at various levels. Competing in track became a distant memory. I never expected to do it again. But that would change...

In 2004 a friend asked me to play basketball with him in something called the Huntsman World Senior Games in Utah. The basketball thing didn’t work out because I was in the wrong age group, but it led me to check out other competition opportunities for people my age and I discovered masters track! I decided to enter a meet and see what it was like. At age 51, I tried the 100meter dash and the javelin at a masters track meet in Long Beach. I was mediocre in the 100 but did very well in the javelin and was hooked. I began a lifestyle of regular training for javelin competition and went to several track meets each year. I’m now in my 18th consecutive season of competing in masters track, almost exclusively as a javelin thrower. It has been a great experience.

I’ve won a lot of medals and met a lot of interesting people, and the fun of traveling has been an unexpected added benefit. I’ve competed locally, nationally and internationally, throwing in thirteen US states, Canada and Italy. My most cherished performance thus far is taking the silver medal in the USATF National Championships in 2008. I was also thrilled to win those Huntsman World Senior Games twice and to take home a gold medal from the Canadian National Championships.

For a long time, I competed unattached. Eventually, in 2015, I joined the Striders to have a team connection. In 2018 I finished fifth in the USATF Nationals and helped the Striders win the third-place team trophy. After years of competing unattached, to be part of a team accomplishment was very rewarding.

Now, even though I have moved to Texas, I still feel good about having a bunch of Striders teammates!

Overall, I thank God for the opportunity to compete in masters track. It has truly been a blessing for me, and for my wife who has shared a lot of it with me. I feel that competition is good for me in numerous ways, and I hope to continue to do it for many years to come. 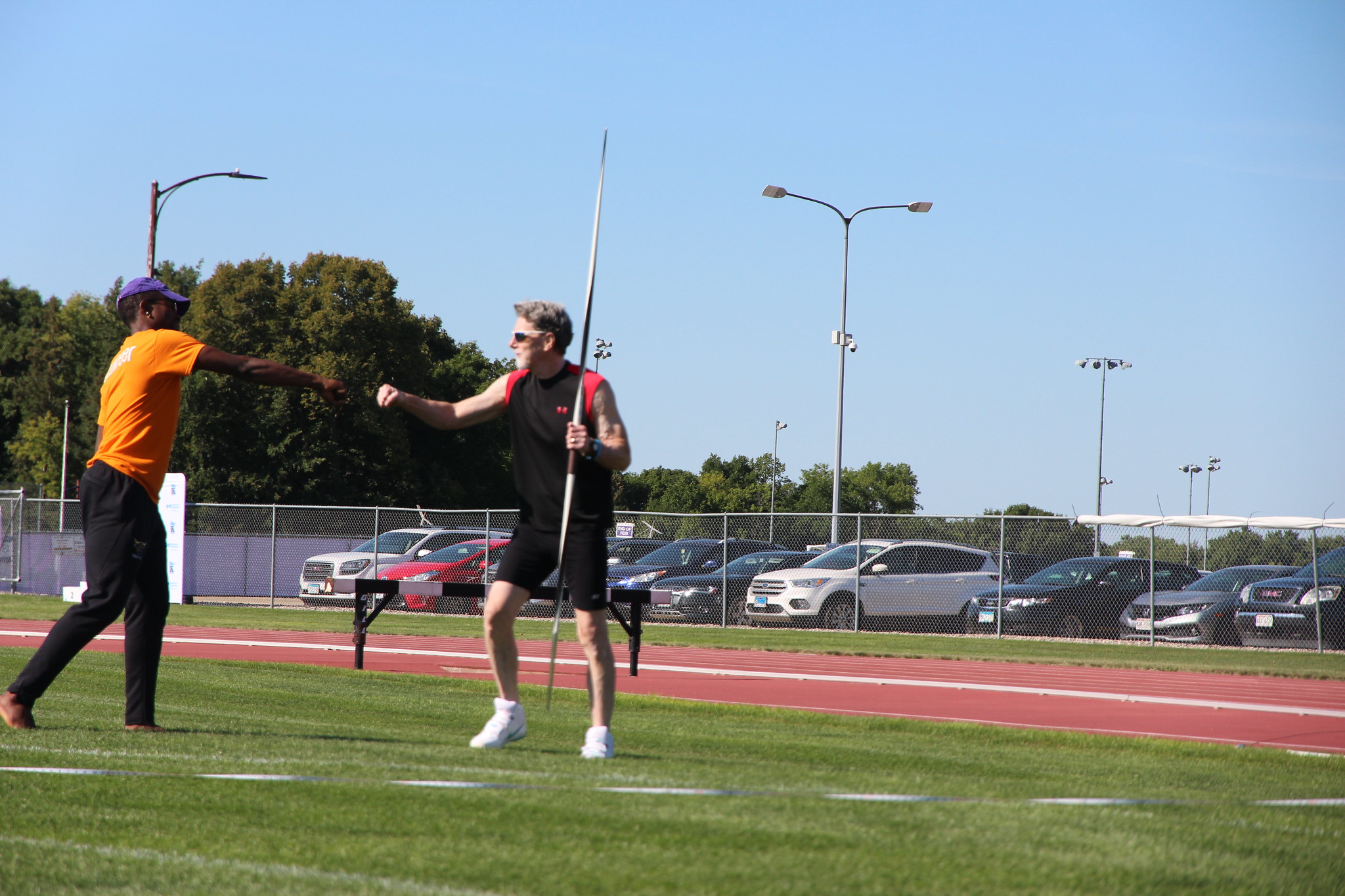 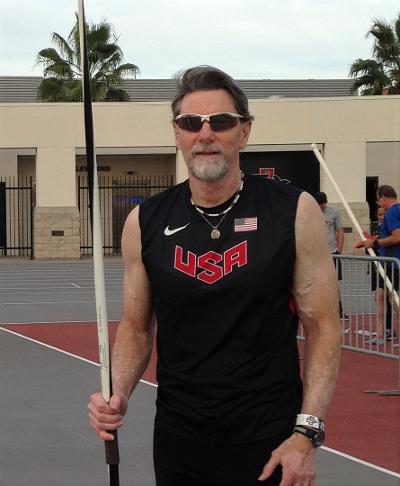 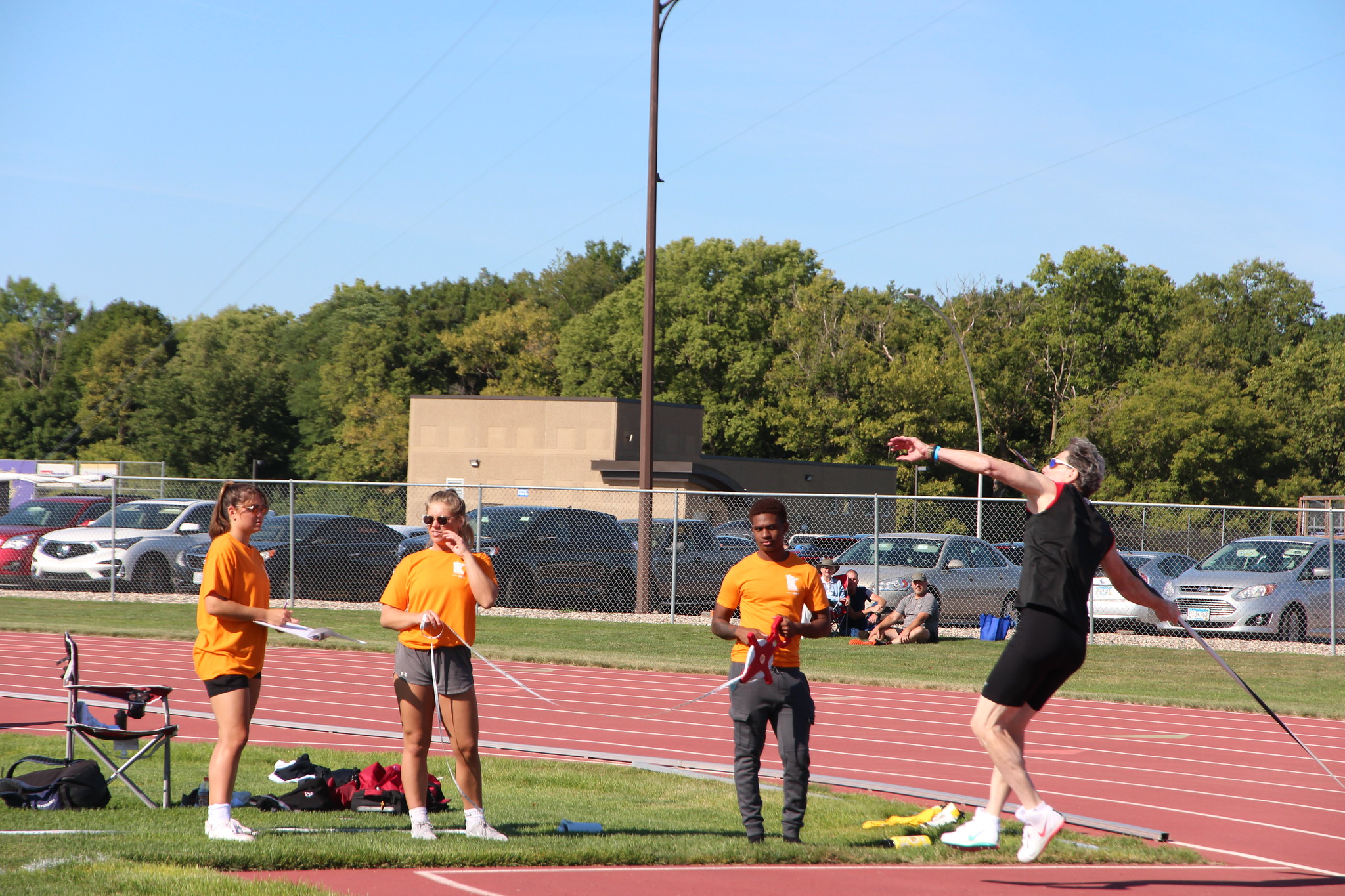